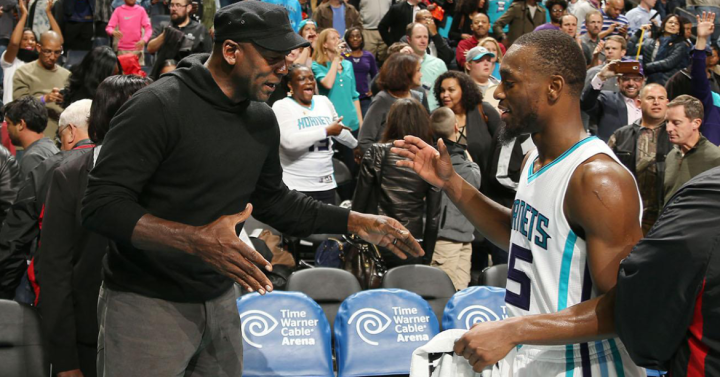 Even as the legendary Michael Jordan grows older, he hasn’t lost that snappy trash-talk that made him such a fierce competitor in the 80’s and 90’s.

In an interview with Sports Illustrated’s Chris Mannix, Charlotte Hornets’ All-Star starting guard Kemba Walker detailed his first interaction with the GOAT — who owned the team by this point — while working out for the then-Bobcats prior to the 2011 NBA Draft.

“I was nervous, but I knew I had to try my best to impress him – I think I did,” Walker said. “It was a really fun workout. All I remember was he was talking trash, which he usually does a lot. He was talking trash on the sideline, but it was fun.”

Typical MJ. Trash-talking the very same prospects that his team may end up drafting a few weeks later. This man takes no prisoners.

“They put two balls on the floor and they were trying to have us palm the basketballs,” he continued. “And as I was going up (Jordan) said, ‘Man, get out of here, you can’t palm the ball like that.’ I was like, ‘You’re right.’ I didn’t even try. (Laughs) I can’t palm it. But just stuff like that. He’s a good dude. He’s the best, man. Super down to earth. A really good guy to be around.”

As history has gone on to prove to us, Walker’s performance during that pre-draft workout must’ve been up to Jordan’s high-standards, as Charlotte would go on to select the point guard out of UCONN with the 9th overall pick in that year’s draft.