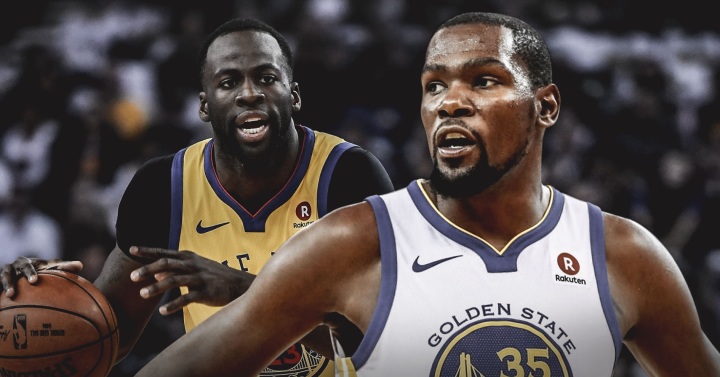 Kevin Durant asked about any concern regarding the Draymond Green ankle sprain: “I mean, he’ll be back for the playoffs. That’s the only thing we worry about here, right?” pic.twitter.com/9xiMAOUyXO

To be clear, there has been no update yet from the Warriors regarding the severity of Green’s injury. He did appear to be in a lot of pain after stepping on the foot of teammate DeMarcus Cousins, but according to initial reports, the ankle issue does not look to be too serious.

Regardless of the same, Durant did not seem to be too concerned with Green’s status. His response seems to imply that even if Green would end up missing a significant amount of time due to the injury, the only thing that matters is that he is ready come playoff time.

There’s so much to read into Durant’s remarks here, especially considering how these two famously butted heads earlier in the season. Nonetheless, let’s just leave it at that and instead, focus on how the Warriors ended up losing to a James Harden-less Rockets side.

Durant, along with Stephen Curry, Klay Thompson, and big man DeMarcus Cousins all played well in the contest, but unfortunately for them, they had no answer to the amazing play of Rockets duo Chris Paul (23 points, 17 assists) and sharpshooter Eric Gordon (25 points, four three-pointers).

The Warriors are now 1-1 since after the All-Star break, and they will hope to get back to their winning ways as they face the Charlotte Hornets on Monday night.